We call Moorish-Andalusíes to the Hispanic ones who were found strange from the Iberian Peninsula as well as from the Spanish national identity, just because they were or seemed to be Muslim, or due to the reason of being descendants from those who were or seemed to be Muslim. We accept the term Moorish, in spite of its sketchy and pejorative nature, as we understand that it also includes on the analogy to Andalusíes Muslims and Mudejar ones. Nevertheless, those who fitted into that heterogeneous group of banished ones denied to be named that way, and they preferred to be called Andalusíes; nowadays they are still called this way there where they arrived. As another sample of harmony, we have decided to reconcile both terms with which the same reality is known, as it is seen from the other bank. Although there had been persecutions and exiles before, the Moorish-andalusíes’ official process of assimilation and banishment began just when the territorial and religious unification was carried out in the Iberian Peninsula during the XV and XVI centuries. 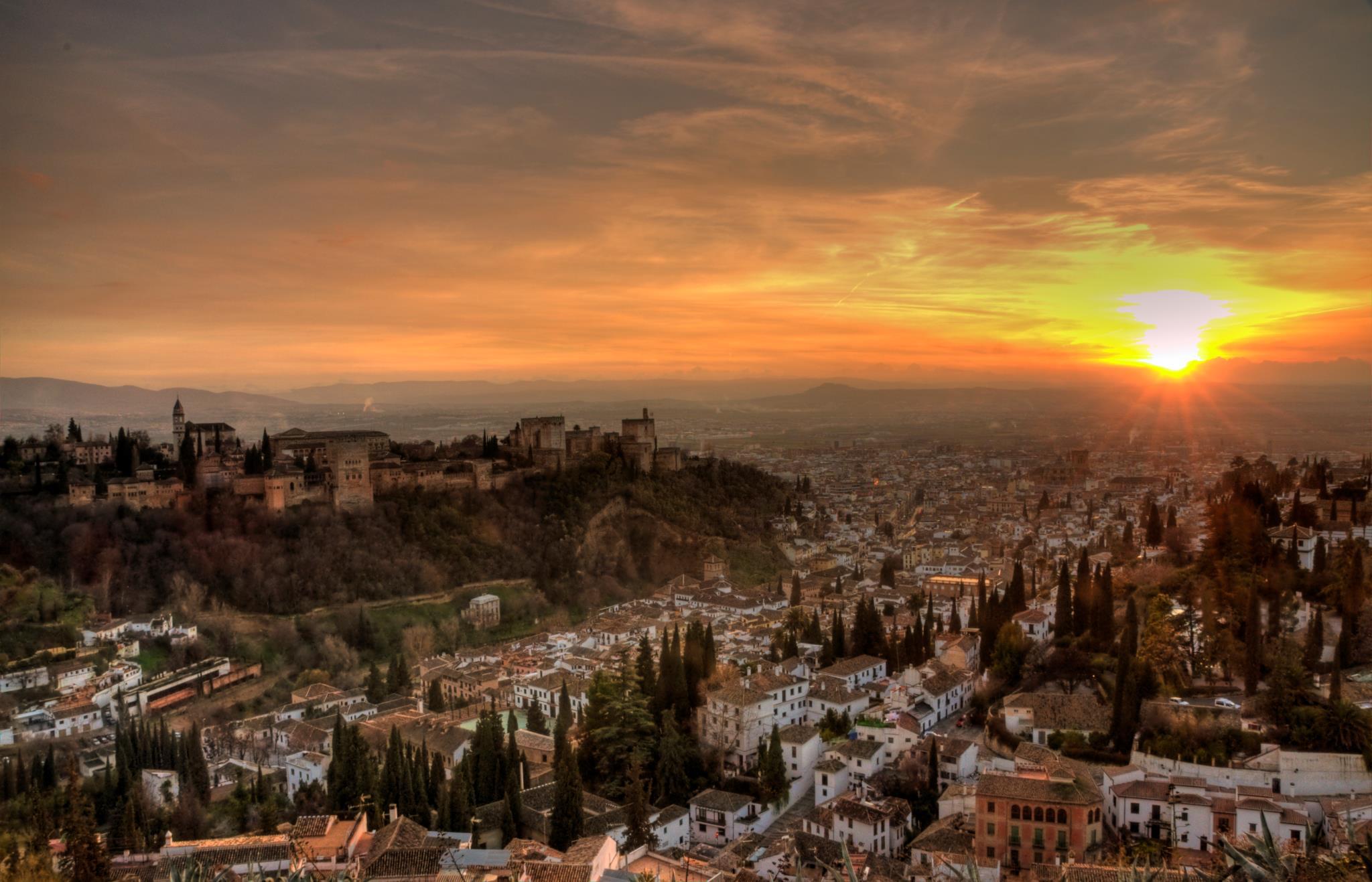 The scopes, both imperial in Europe and colonial in America, joined to the increasing influence of Catholicism as the State religion, made the “others”´ presence more and more uncomfortable socially as well as politically in the peninsular Kingdoms of that newborn Spain. But Jews, Muslims or gypsies were as Spanish as those who decided that just the ones who could prove their old-Christian and clean origin deserved it. As regards these groups, the official history carried an anthropological account out with no strange precedent. To do that, they began by banishing the Sephardim. Then they started persecuting the gypsies. And finally, Mudejar ones or Hispanic Muslims were expropriated and forced to be christened. This fact meant the artificial creation of a human class there had never been before who were ordered to be an ethnic minority without being it; and they were those Muslims or Muslims’ sons and daughters, assimilated or not, who were called generically and pejoratively “Moorish”.

The unfair persecution these Spaniards suffered was at its zenith, though not its end, when they were banished from 1609 onwards. Those who managed to survive the difficult moment of the exile, spread out everywhere, from Tangier to Istanbul, they even reached America and sub-Saharan Africa. But most of the survivors settled in the Maghribian coast, particularly in the present-day Morocco, Algeria and Tunis. The adaptation was not always easy due to their Hispanic-andalusí nature as well as their differences with regard to language, customs and even religion in relation to the native population. The fact is that many of these Moorish were converts who preserved in a faulty way the Islamic modus vivendi, but some others were convinced Christians both inside and outside. In any case, those who had been banished went on calling themselves “andalusíes” in order to have in mind the feeling of being Hispanic. And they have carried on doing it up to now, as we can notice in their surnames and innermost as well as the most refined culture in spite of the added difficulty which means to keep this difference in communities that speak the same language and pray to the same God Who made they were found strange. Due to all the previous reasons, we prefer to call them Moorish-andalusíes, beyond any academic strictness, to be as much sincere and fair as possible both spiritually and historically.

The concession of the Harmony Award Prince of Asturias 2010 to the Moorish-andalusíes’ descendants is not a marginal practice of archaeology, but it is an acknowledgement and display of an own, alive and varied cultural identity which belong to us. Here and there.

Because many of the Moorish did not go, many of them came back again, as well as even more traces stemmed from their cultural endurance which have grafted forever in the Hispanic soul. Nowadays you can cover those traces effortlessly: a peculiar town planning, a building kind, their praised farming vocation, gastronomy, language, folklore and music, saint’s days, handycrafts, landscape and its ordering… And, above all, the soul. Civilizations survive people and the Moorish-andalusí one, that transmitted and kept wisdom, remained alive in the Iberian Peninsula thanks to the attitude of those who chose to stay in order to overcome the trauma of the banishment. Those Spaniards were damned to live like moles, and they had no other option than hiding their Moorish nature or extremely pretend their anti-Semitism and phobia about Islam as a way to survive. And they did it in constant coexistence and civilizing symbiosis wherever they lived their inner exile.

A new culture was born this way, it is genuine and it belongs to us, but we do not know its real root because we have systematically denied its existence. Accepting this hidden reality means accepting ourselves and definitely making out the Hispanic soul’s intercultural mosaic, a soul that was broken due to the intolerance against all dissidence or against the smallest variety, and it was one of its most important and unseen pieces: the Moorish-andalusí one. Wherever they decided to stay after the exile, the Moorish-andalusíes’ descendants are and mean an intercultural, peaceful and respectful paradigm, absolutely necessary today, when the world tends to be homogeneous as a whole. They are an enduring creative model, there where they went and here where they stayed. They are an alive and feasible example of being member of two cultures in the same place, at the same time. They are real witnesses of the consequences that the refusal of the pluralism and cultural variety brings. The Moorish-andalusíes are the West in the East because they were the East in the West. They are us because we are also them. They are the most genuine and truthful proof of the migratory and intercultural challenge today: you can be from anywhere without giving up being yourself. Humanity faces a huge valuable and meaningful challenge: the establishment of a civilizing model, able to guarantee the practise of citizenship, not as shelter of privileges, but as real recognition of the same rights for everyone of their members.

This model must overcome the monopoly with regard to the management of the so called migratory flows, as well as work convinced from the cultural variety as people’s soul and sword. It must be able to glimpse and conceive a honest society which move away once and for all from the constant risk of practising barbarism against what is different. This recognition of the Moorish-andalusíes communities and descendants’ lively memory carries the importance of variety out at the same time that restores dignity to the forgotten ones. Finally, we propose this candidature for Harmony from harmony. The Sephardic communities share the form and content of this request. We wish Christians, other believers and unbelievers think and feel the same. That is why, from brotherhood, not from offence, we shake Fatima’s hand and Miriam’s hand in an emblematic embrace which mends and updates our past for the future. We will finish by repeating for the Moorish-andalusíes’ descendants, the same arguments the Jury used when the Harmony Award Prince of Asturias 1990 went to the Sephardic communities: “After centuries of remoteness, this Award wants to contribute to the process of harmony, already begun, which calls those communities to the reunion with their origins, opening the doors of their old country forever” Córdoba, 2010