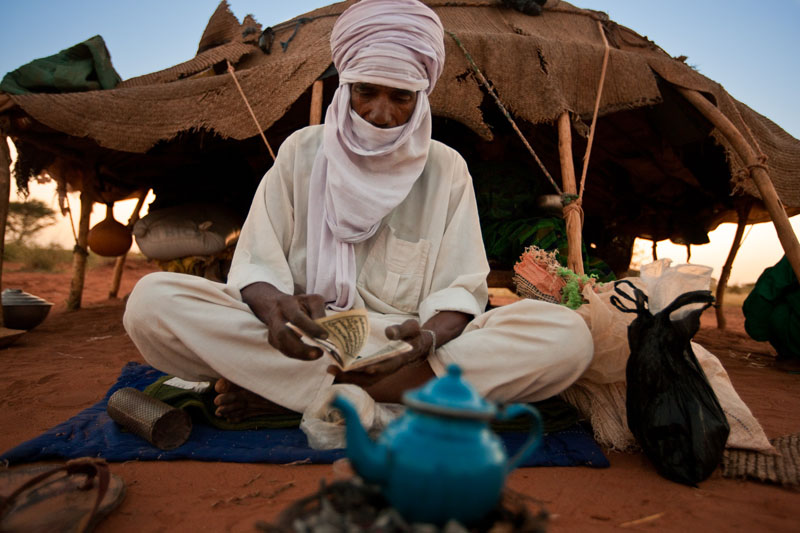 Tuaregs have always lived in the north-west territories of Africa. They live mainly in the Sahara desert. The geographical borders are the south of Algeria (In Salah), the north of Mali (Timbuktu) and the east side of Niger (The oasis of Bilma and Agadez, the main city of Niger). But the Tuaregs are widespread throughout the Saharan regions, a large number live in Burkina Faso, Côte d´Ivoire – there are even some tribes in Sudan, Bénin…

Their territory is essentially the Sahara desert, but the aridity of this part of the world forces them to camp in the various mountains emerging from the desert. These mountains are called Adrar-des-iforas in Mali, Aïr mountains in Niger and Hoggar (Ahaggar) in south-Algeria. Here they find water and cooler air. 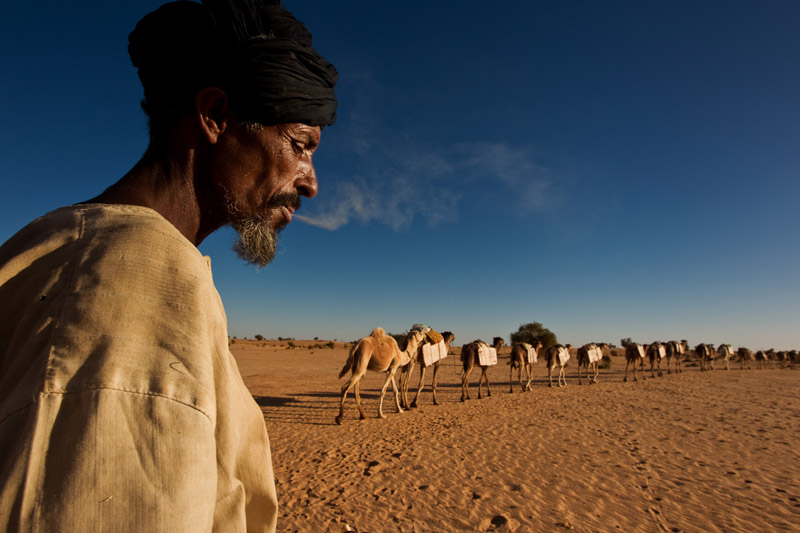 This virtual country has its spiritual and historic capital in Taddamakat in Mali. Another important city is Tagedda in Niger. Tuaregs are probably distant relatives of Egyptians and Moroccans. They share with them their culture and their Islamic religion. Maybe Christianity had a certain infuence on them: Tuareg blacksmiths sculpt beautiful crosses.

However they are not Arabs, they are Berbers: they speak a dialect derived of the old Berber language, and share the same alphabet. Today, Tuaregs are a mixture of Whites (berbers) and Blacks (sub-saharian people). Even if religion plays an important role in their life, they are not considered very devout. The main points of the religion are respected, prayer, abstinence from pork meat…

They do not especially like the word “Tuareg” and prefer to call themselves Imouhar(en), Imashagen or Kel tamasheq.