INTRODUCTION TO THE CEMI 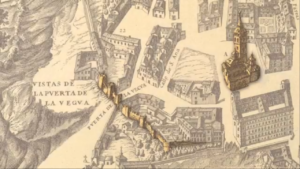 Madrid is the only European capital of Islamic origin. For this reason, and due to the little knowledge people have of this fact, not only abroad, but in Madrid as well, FUNCI has created the Centre for the Study of Islamic Madrid (CEMI) in 2017. It is an interdisciplinary space that aims at contributing to the knowledge and protection of Madrid’s Medieval Islamic heritage.

CEMI’s contribution to the recovery of the historical heritage 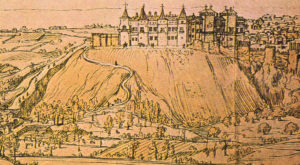 The Centre for the Study of Islamic Madrid is divided in three axes: the promotion of scientific research on the archeology and history of the Andalusi Madrid, the protection and dissemination of the Islamic tangible and intangible heritage, and the promotion of the notion of Madrid as a model of inclusion and pacific coexistence among different communities.

So far, CEMI has developed a database (which will be published shortly) that includes more than 400 publications on the Islamic Madrid. 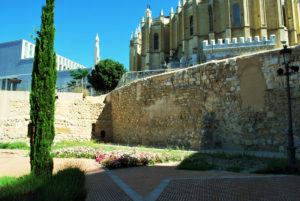 Also within the framework of CEMI, the Islamic Culture Foundation is working on the adaptation of an Andalusi inspired garden area, in collaboration with the city council of Madrid, through a partnership agreement with the General Directorate of Water and Green Areas. Its is a progressive transformation project of the park Emir Mohammed I, which will change its aspect towards what it is believed was the outside landscape of the time. At the same, more of the period’s plant species will be acclimatized and integrated in the garden, with their corresponding descriptions and historical and ethnobotanic explanations.

FUNCI is currently offering guided visits to the park, explaining its historical evolution and the different interventions carried out in the wall that surrounds it. It has also classified the different plants it contains, acclimatized by the General Directorate of Water and Green Areas, adding a brief historical and ethnobotanic description of its uses and properties in the Al-Andalus period.

Likewise, and due to the interest surrounding the specialized visits to the Islamic Madrid, CEMI proposes several guided routes leaded by different experts in the subject, in order to discover the archeological and historical remains of the Andalusi and Mudejar period, as well as the period’s daily life and intangible heritage.

Along with a team of technicians from the city council of Madrid, CEMI has inspected the qanat, or Andalusi underground water conveyance systems, under Madrid’s plaza de los Carros, a new project for the restoration of Madrid’s historical heritage. The qanats, or qanawat, formed a wide underground and overground network known as the travel water system (viajes del agua), which supplied water to the city of Madrid until the creation of the Canal de Isabel II, in the 19th century. Most of the tunnels are destroyed or damaged, but there remains more than one interesting section.

Besides the institutional agreements signed with Madrid’s Administration, CEMI counts with a wide network of collaborators that contribute with their knowledge, experience and enthusiasm.

In this sense, FUNCI has signed an agreement with the Research Group on Christians and Muslims in the Spanish Middle Age, which belongs to the Universidad Complutense de Madrid (UCM) and is directed by the arabist and historian María Jesús Viguera. This agreement is an annex to the Framework Agreement signed between FUNCI and the UCM in 1993.

Its goal is to promote researches on this field, to develop joint cultural and academic activities, within the framework of the Centre, and to promote the exchange of information and publications.

The Centre for the Study of Islamic Madrid exists thanks to the invaluable assistance and enthusiasm of specialists on Islamic and Medieval Madrid.

In addition, the centre has a collaboration agreement with the Christian and Muslim Research Group on Medieval Spain of the Universidad Complutense de Madrid. 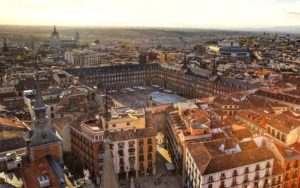